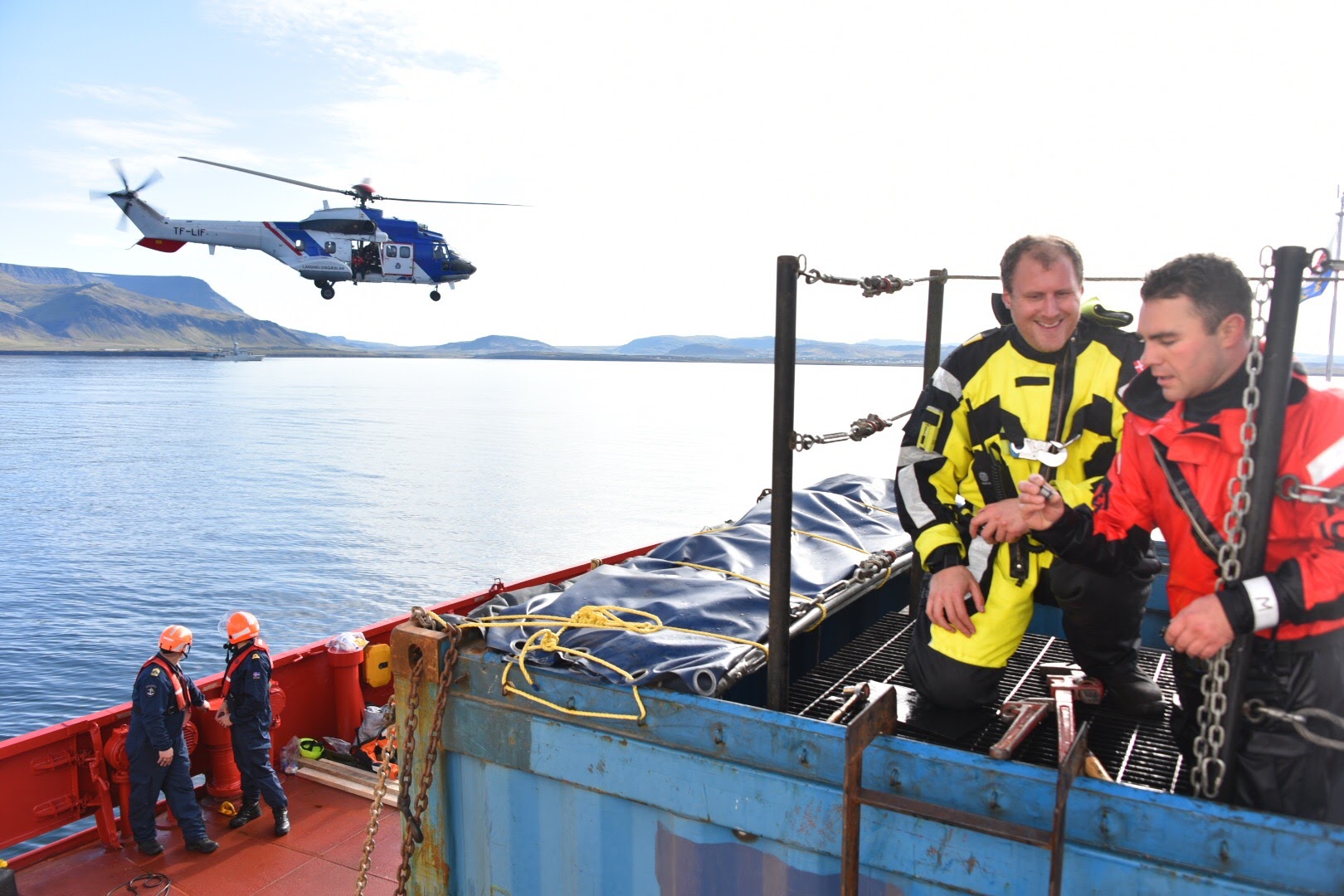 Due to its remoteness, low temperatures, uncertain ice and weather conditions and lack of infrastructure the Arctic region is a risky and highly complex area for carrying out coast guard tasks. When an accident occurs in the Arctic area, it might take days for help to arrive. Large-scale accidents in the Arctic region often affect several countries, not to mention the sensitive ecosystems of the area. International and cross-sectoral cooperation is crucial, in order to ensure the safety of people and the environment. Sharing best practices builds safer and more efficient maritime operations in the Arctic area. The Arctic Coast Guard Forum’s Member states - Finland, Sweden, Norway, Denmark, Iceland, Russia, Canada and The United States, are working together towards creating a safer Arctic region.

Polaris 2019 is a combined Search and Rescue and Mass Rescue Operation Exercise held on 2 April 2019 in the Bay of Bothnia, in the sea area outside Uusikaupunki, Finland. It is the Arctic Coast Guard Forum’s second operative exercise, following the Arctic Guardian organized in Reykjavik, Iceland, in September 2017. The exercise will focus on Mass Rescue Operations (MRO), Search and Rescue (SAR), Emergency towing and response to ship fire incidents. In addition to the LIVEX, there will be a communication exercise between all eight Arctic states’ Rescue Coordination Centres. All eight ACGF Member states will participate in the execution and observation of the exercise.

A cruise ship is en route to the “Arctic region” when an explosion takes place in the engine room and the vessel is left drifting. The vessel calls for help, and the call is received by MRCC Turku, which is responsible for the area where vessel is located. Because the region is in a remote Arctic area, and there are no aerial or sea vessels nearby, MRCC Turku requests help from other Arctic countries. Search and Rescue units (SRU) start to move towards the incident area.

Aircraft coordinator and on-scene coordinator start executing the search and rescue plan. This is how the main stage of Polaris 2019 begins. During the exercise, air and sea assets are cooperating to perform multiple tasks related to Search and Rescue and evacuation.

The Search and Rescue operation of Polaris 2019 will be executed with six ships, three helicopters and two surveillance aircrafts. Six out of the eight ACGF member states participate with units to the exercise.

The different kinds of multipurpose ships of the exercise all have a wide range of functions that allow them to execute a various range of tasks. Among other things, they have the ability to do Search and Rescue missions, fire extinguishing, emergency towing and other coast guard duties. The participating assets of Polaris 2019 are Offshore Patrol Vessel Turva (Finland), Coast Guard vessel Nordkapp (Norway), Coast Guard Vessel Nadezhnyi (Russian Federation), Combination Vessel KBV 202 (Sweden), Pollution Control Vessel Halli (Finland) and Minelayer Pansio (Finland).

The Arctic super week will conclude with the Arctic Coast Guard Seminar 2019, organized in Logomo Event Center on 4–5 April 2019. The seminar program consists of presentations related to Arctic SAR, environmental response and future prospects related to maritime activity in the Arctic. Find out more about the seminar here: https://acgseminar2019.com/.

The events of the Arctic Coast Guard Week can be followed on social media with the hashtags #ACGF #Polaris2019 and #ACGSeminar.